These two pieces, Nanjizal study 1 and 2 are from a body of work, informed by the Ashley Hanson workshops I have attended during last year and reflect apon the changeable nature of the Cornish coast.
I hope to have work included in 3 exhibitions during the Spring  'Coast and Colour' at Bodmin Shire Hall  2nd - 23rd February 2012, which is an exhibition of work produced by students who have attended Ashley Hansons colour workshops during 2011. The Spring 2012 Contemporary Art Exhibition Redearth Gallery, near Tiverton, 21st April -13th May 2012 and the Maynard Art Exhibition, in Exeter, 20th -22nd April 2012. 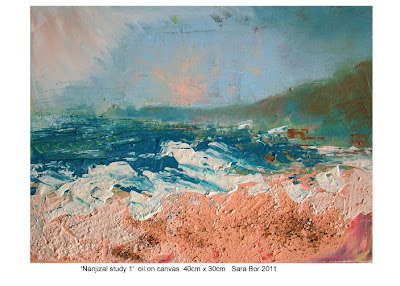 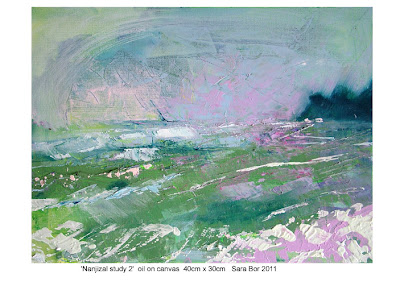 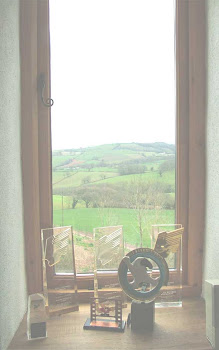